Pragmatism : Why the ME Leadership is so wrong 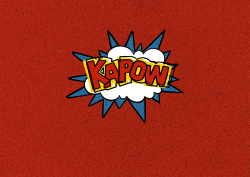 “In the real world almost all ME/CFS research is carried out on people with Fukuda CFS ...the only way to sort out the ME/CFS mess is to identify clinical and pathological sub-groups under the ME/CFS umbrella. ”

We could identify it as the pragmatic argument.

Except, what has " pragmatism" ever done for us ?

In the USA, decades of “pragmatism” has arguably led to the 1% growing richer and the remaining 99% fighting for their  scraps. As Fishoutofwater comments :

What have "pragmatic" Democrats done for us in the past decade? They signed off on a disastrous war in Iraq that drained the treasury leaving America trillions in debt. They signed off on deregulation of banks and financial firms leading to the greatest economic failures since the Great Depression. And they signed away our freedoms when they supported the Patriot Act.

"Pragmatic" Democrats ..sold our health care out to insurance companies. Health care costs continue to spiral out of control while quality drops because the middle men are draining off resources and stopping single payer health care.

We can't cut greenhouse gas emissions because "pragmatic" Democrats have sold out to big coal, big oil and big polluters. Texas is dying in a 500 year drought, but the pragmatists don't have the courage to speak of climate change.
http://www.dailykos.com/story/2011/11/30/1041160/-A-Reply-to-Pragmatists

It was “pragmatists” who drew up the CDC criteria.

I wonder what those founding fathers from long ago, : Samual Adams, John Adams ,Thomas Jefferson and Benjamin Franklin would make of America today ?

No one would call them pragmatists - radicals !

It is America that is responsible for perpetuating the neoliberal orthodoxy of deregulated financial markets and unfettered corporate power around the globe, that has brought us all to the brink . Few have been greater  victims  of the rampant  corporate    wickedness , than people with ME; the giant insurance companies making  damn sure,  that  no one with ME gets treated.

“CFS” is the greatest medical scandal in history.

“Give me leaders that stand for something. “ cries Fishoutofwater. Yes I shout in
reply, although no one hears me.

If ONLY our leaders in the ME Community stood for something !!! There is not one leader in any of the big ME Organizations that I know of speaking up for ME – apart from Simon Lawrence of the 25% Group !!!

The big ME organizations have compromised the truth for decades by not standing up to the psychiatrists. Those who have not compromised, like Simon, have simply been sidelined .

And now those same “leaders” , shame on them, are advising “pragmatism” …....

The radical bravery and leadership shown by Scotland inspires me to keep waving my tattered little flag in the air : “No compromise !!” it has read, all these long years.

You see, as Henry Rollins says : When you start to doubt yourself the real world will eat you alive.