Leave your mouse ears at home 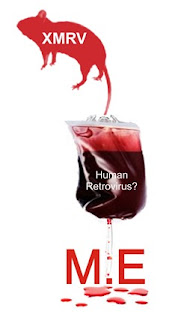 "I have my reservations about the Nov 1 protest", someone said to me over the weekend .

"It's the suggestion that people wear mouse ears that I am most concerned about ", she said.

Sure enough ,right there on the Protest website : http://www.notsonice4me.co.uk/ it states :

As my friend points out , what on earth are the public going to make of a bunch of mouse-ear wearers,   claiming to have some kind of  mouse disease - and apparently demanding to be able to give blood ??

How  obvious will it be that the opposite is true , that the protest is not a demand to give blood but a stand against the cover-up of the real reason people with ME are banned from giving blood....actually, as I type these words,  I am struggling to state our case as simply as possible.

XMRV...cover-up....Biomedical v Psychosocial ...NICE....Blood Transfusion...Can anyone express in a single  short sentence exactly what it is we are protesting about ??

It's a big problem .

ME is  a hugely misunderstood and generally reviled disease .  How many people walking by on Nov 1st by are going to have the foggiest notion  of Ramsay, the Canadian definition, the WHO classification of ME as a serious neurological disease ??

To all intents and purposes the ban on people giving blood , because it might lead to a relapse, doesn't sound too much like a Stalinist injunction , one that reeks of denial and ongoing oppression. Does it ?

I read  Cort Jonhson's superb  coverage of XMRV, over the weekend.  Cort's review just happens to  mention   that  :"XMRV is not found in mice at all; it is related to mouse murine retroviruses but is found, as far as we know, only in humans - another startling finding."

All that aside, there is a deeper issue here and it's to do with   imagery . It has to be faced ; those who are most ill with ME are going to be unable to get to the protest. Those who do manage to get along, well, ME is exquisitely cruel  in that you can go through so much , yet look absolutely fine.

The psyches have done a through job of convincing the public  that people with ME , almost choose to be  just tired all the time. To what extent, though,  does  the other suggestion on the website to "wear a dressing gown" buy into  that ?

Will it help or hinder  our cause , to dress up as "a vampire" - as the website also  exhorts ?


ME is not being taken seriously , right across the board. The psyche's message is certainly one of deviancy - doctors are "ashamed of" of people with ME; those "heart-sink" patients, who don't even warrant physical investigation,  who simply need to pull themselves together and stop wasting precious resources.

Wolfensberger, whose writing has had an enormous influence upon me, for many years,  makes the point that the last thing people who are seen as deviant need to do,  is to buy into any type of negative imagery.(http://www.essaychief.com/free_essays.php?essay=727155&title=To-What-Extent-Does-Normalisation-Apply-In-Respect-Of-People-With-Dementia)
My friend so wisely concluded;  "I fear Nov 1st could horribly backfire on us. "

I agree. Those mouse ears, dressing gowns or vampire suits - plus  a confusing , easily  misunderstood message,  could so  easily do the psyches job for them ; by convincing  the public that people with ME  are just  a bunch of nut cases, with a "Micky Mouse" disease....

A clear message  - and a dignified stand. Surely that is all that is required ?