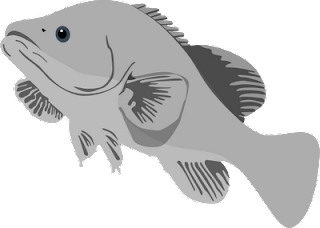 Thank you so much to hiddenlives, for this insightful comment on Part One :

"Change is a fundamentally frightening thing, I think. A kind of primal knee-jerk as well as the age-old and ever-with-us struggle with humility; in the case of change, that seems to take the form of the fear of having to admit an entrenched position/way of doing things was wrong."

...it's well known that the Chinese character for change means "dangerous opportunity". Change, as hiddenlives  says  can be   frightening-even dangerous. There are many who feel very strongly, with good reason ,  that the stand  they have taken in Scotland is riddled with danger - as we saw in Part One.

Trouble is, you can become  fixated on the danger , rather than the opportunity !

The key to coping with change , not getting stuck,rather  learning from and reading the signs of the time is your    value base : do  you, as someone with ME, want to be called a "CFS" patient ? Do you value truth, integrity ?

For the past 33 years, I have looked in the mirror every morning and asked myself: 'If today were the last day of my life, would I want to do what I am about to do today?' And whenever the answer has been 'No' for too many days in a row, I know I need to change something.


Steve Jobs and I were the same age - see what he achieved in his lifetime.

At least I can bear to look at myself and think I've tried - am trying - to make a difference. To me it's crystal clear, people with ME have to take their power back and that begins with telling the psyches where to stick their CFS label.

Like some out of control  Frankenstein, the calculated creation of   "CFS"  has done so much harm, caused so many deaths, led to such endless suffering.

"No More" , I have cried- for a long time now. Thinking others feel the same way.

If you try and picture a wave of change - the initial stage of the wave is powerful. Lynch and Kordis in that wonderful book I told you about in Part One, Strategy of the Dolphin - call this bit, "The Flow".

Things are not always idyllic, however our capability for problem solving seems to equal the demands of the challenges presented - those were the days : we even though for example we could take NICE to Court and win !

We published reams , we discovered the Internet, we made videos galore; for a while we felt masters of our  universe , so bitingly critical, so right-on, blah, blah, we went , expressing our outrage on the Forums - oh boy, will we make the psyches shake in the boots with our latest post on Local ME.

They simply shrug it off, poor psyches, "only trying to help"  -in all the papers with tales of how they have been "terrorised" by ME activists .

If the dubious  PACE Trial results can make headlines all over the world .....well is all our "outrage" worth a pile of beans ?

Waves start off powerfully, then they start to lose power - and  momentum -begin to  crash   into a trough.

But wait - HERE is what I am talking about. Up here  on the peak of the wave . Look around you. Where is everyone ? I told you it's lonely.

You would reasonably expect to find a lot of activity at the wave's peak. In fact, according to Lynch and Kordis, the  " crest of the wave is typically about as crowded as a swimming beach in the midst of a wintry blow"-  not very crowed at all. A lot of people have retreated into more familiar waters - like criticising the Scottish initiative,  each other, expressing their outrage, blah, blah....same old, or else, oh look,  there they are- plunging away fatalistically into the trough.

In Part Three, I 'll ask you just one more - and you will never look upon fish the same way again !