When will there be a Public Inquiry into ME ?


When is the neglect, abuse denial negation and downplaying of ME by wrongful
psychiatric involvement and interpretation going to stop?

How many more people have to die?

How many more people who are tormented and physically suffering , in agony for years, to decades, will have to endure the misdiagnosis, misinterpretation by doctors and others and the misrepresentation in the NHS and the media ? 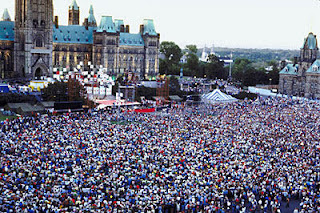 When will sense, honesty, integrity, genuine concern ,compassion and scientific research with proper, specific ME criteria, win through?

It is devastating to have an incurable disease, but to have one that is disregarded and negated, knowing you are left on the edge of survival and society because a group of powerful people representing vested interests chose to spread confusion and untruth about this serious physical disease , chose to complicate the illness and bury it in a sea of generalised fatigue conditions is not only shocking and unfathomable to the sufferer, it is way beyond unacceptable.

Who is willing to acknowledge the abuse for the past 2 decades that we with a genuine neurological disease have had to put up with?

I want to get well. I want to get better. I want to know what is the physical cause at the centre of my disease. I want proper medical investigation. I want the tests that everyone else is entitled to on the NHS, except if you have the label ME. I want this senseless negation and waste of lives to stop.

The day I was labelled with ME,  respect and medical equality went out the window. The hope of finding our what has gone wrong in my body disappeared from view that day and has never returned.

Twenty years on there are very few practitioners able to diagnose, willing to seek, able to understand. Most are compromised or don't believe in it or don't believe its as bad as it is or believe its all or mostly in the mind or sign up to the misrepresentation and focus on generalised fatigue, ignoring the most serious neurological symptoms altogether.

How wicked and wrong and misplaced is that? How cruel ? The most severest, the most damaged and tormented are left vulnerable frail and unsafe in a system that is failing them on every level. The medical system is unable to offer what is needed.

That is a frightening place to be when you don't even know if someone will understand your physical dysfunction or accept it or take it in to account when they recommend treatment,
anaesthesia, advise.

When you don't know if they even believe you are severely physically ill, when their intervention can harm you, worsen your symptoms, harm your body, leave you devastated and traumatised for months and years afterwards.

When you have to trust people to represent you, when they have no real clue about your physical nightmare reality.

When even if someone says they understand ME, yet still they are misinterpreting it.

When the focus is on fatigue and all the complex multi system dysfunction is ignored or pigeon holed into a pet theory to suit them rather than look at the reality and impact,when risk assessment is not done because the illness is not understood or acknowledged properly.

When are we going to be treated with equality ?

When are we going to get consultants who know about the neurological disease ME and who can actually make recommendations that help not damage us?

When will research actually be done on the correct group of
people who fit in to the ICC criteria for ME ?

Watered down research populations mean watered down results, waste of money, lack of helpful findings, further confusion over who the research is actually for.

When will we feel safe to have treatment because it will be
appropriate, relevant, address the disease process,be suitable and effective, not risk our lives and our health, not based on guess work , based on no proper medical testing; fanciful risk taking ?

I don't want to be a guinea pig for people's pet theories anymore. I want a proper medical service and respect for my disease. I want medical support and people who know what they are doing , in my life. I don't want to be frightened by the
severity of my illness,left to get on with it and try and figure it out because the alternative of involving people is to risk abuse and further harm.

I simply do not want to hear that any more people have died or killed themselves, because of the stark, physical ,tortuous reality of having ME.

What more does it take to get heard and honoured?

When will there be a public inquiry?

Where is the public outcry?