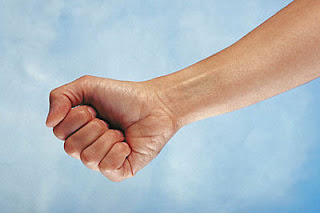 The award of a Knighthood to a chief architect of CFS is one of those moments when you wonder what your life's work has been about.

Have all these years of suffering and pain, has the struggle to achieve recognition for ME been in vain ?

Is Stonebird , bless it, worth the effort ?

Despair  is the unmentionable, the heinous sin. We don't go there..do we ??

These days, since the the New Year Honours announcement I am drifting. On my computer I have a music programme; I  have become addicted to programming loud and intricate drum patterns - reaching  something wild inside, angry - and weeping .

Some things are not just wrong, they are evil. The unimaginable suffering that people with ME have to endure , under the skilfully engineered CFS deception is an incomparable evil, that no one wants to know about.

The ME population is ignored, ingeniously side-lined  - and now this greatest of insults, this stab in the guts, this shattering of illusions.

Hope though has not died. You have to touch despair, I have come to realise, to understand hope.

Me, I will not be devoting as much time to Stonebird. My focus is much wider. My aim is to publish a book I have been writing for years on hope. I am also going to publish my children's book, the greatest adventure ever.

What I am focusing on though, as I have never focused on anything,  with all my heart, soul is achieving a Public Inquiry into ME- so should everyone else. It is the only way to right this wrong, to expose the death-bringing  lie that is CFS.

The other way is for everyone to immediately drop the CFS label, refuse to use it but -after all this time though, I know that's not going to happen any time soon.

People are going to carry on  compliantly  sticking their heads in the Fatigue noose.

Which is why we are in this state.