Concerns about Biomedical CFS, not ME Research 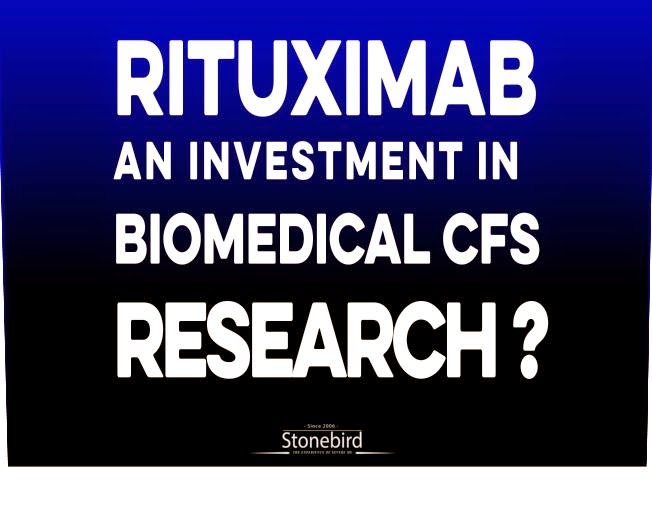 What is happening to "Myalgic Encephalomyelitis ( ME)?

The John Richardson Group clearly states: Enteroviruses “were and remain the cause of Myalgic Encephalomyelitis”..

Unfortunately,  since ME was mislabelled as Chronic Fatigue Syndrome and the medical profession around the world " accepted without critique, the change from WHO G93.3 to CFS." ( John Richardson Group) it has become a basket diagnosis for many different conditions, focusing on a broad fatigue criterion, rather than the true elements of enteroviral ME. Since then it has changed from a serious, life threatening disease, found in epidemic form to a "vague concept encouraged by the State, research funding and designated clinics" (John Richardson Group).

We fear that the disease, as originally defined by Ramsay, is fast becoming an umbrella term, even if the name ME is used, subject to many different interpretations, incorporating a wide range of meaning and poorly defined conditions, now confusingly and loosely defined as "CFS", "CFS/ME" and "ME/CFS", poorly tested and inadequately diagnosed.

The name itself is being misinterpreted to have a range of meaning, when its true nature was always specific and enteroviral. Yet this seems to be forgotten or is getting lost or misinterpreted.

Take for example Rituximab. Who will Rituximab actually help?

Rituximab is being promoted as a potential treatment for ME; but is it really ME research or is it actually biomedical CFS research? And why is it so important to understand and identify the difference?

Given the warnings, for example by the John Richardson Group, that ME patients "should avoid any drugs which suppress their immune/virus balance in favour of the virus," including Rituximab, we ask, how can Rituximab research in ME be appropriate ?

Is it really the much longed for hope, for Myalgic Encephalomyelitis, classically defined as enteroviral, that people are clinging on to? We have concerns.

Given the warnings, for example by the John Richardson Group, that ME patients "should avoid any drugs which suppress their immune/virus balance in favour of the virus," including Rituximab, we ask, how can Rituximab research in ME be appropriate ?

Rituximab is a serious drug, its side effects can lead to death. The makers of Rituximab (Rituxan) themselves state :

“People with serious infections should not receive Rituxan. It is not known if Rituxan is safe or effective in children.”

How, though, can people with a diagnosis of CFS or CFS/ ME or ME even, know for certain if they have an active infection? Testing for ME is inadequate and limited, particularly in the UK.

The John Richardson Group is very clear : “There should be but one aim for doctors and that is to understand the causality of M.E. and to instigate the correct treatment.” Ofcourse, but there are no universally agreed identification criteria being used, to safely recognise and adequately clarify who has enteroviral ME as opposed to Chronic Fatigue or other fatiguing conditions. Nor is it clear that everyone means enteroviral ME when they use the name ME.

Once CFS is added to ME confusion is inevitable; a range of different illnesses, manifesting with fatigue, are added to neurological ME, so cleverly incorporated that no one really quite knows if you mean the same thing or whether the diagnosis is accurate enough to identify any specific illness.

“ME/CFS” is an umbrella term, subject to many different interpretations, incorporating a wide range of meaning and poorly identified conditions, even if they are accepted as physical illness.

Poor definition can lead to people being used in research who could have a range of illnesses from, for example, chronic fatigue due to mental health issues, allergy, undiagnosed hypothyroidism, undiagnosed Lyme Disease, POTS, misdiagnosed Coeliac Disease, exhaustion, Giardiasis, undiagnosed fatiguing illness, mitochondrial and other rare disease, EDS, damaged pituitary etc, through to specific Myalgic Encephalomyelitis. All sadly hidden in a vague illness label.

Inevitably a sample of research patients is unlikely, in the UK, it would seem, to purely consist of people with enteroviral ME, because testing is so poor and diagnosis unreliable.

All the time that the label CFS, with its poor identification criteria, is an accepted alternative or deemed equivalent to ME, any research results are bound to be flawed; researchers and patients will not know whether they actually have ME or something else. Even people with an ME diagnosis are unlikely to have definite medical proof.

With fatigue as the primary focus for illness identification, how can any research be effective? The most severely affected do not use this term. They are way beyond fatigue, yet their most severe symptoms for example, paralysis, muscle spasms, seizures, stroke like episodes, acutely incapacitating noise and light sensitivity, cognitive impairment, are not even being used as disease markers.

How, can we be confident that the right illness is being researched, if the full symptoms of ME are ignored and the most severe patients are excluded from physical research?

People with ME face either being involved in research for something they do not have, or being excluded from research altogether. Research using the terms ME/CFS or CFS/ ME are unlikely to be specific enough to have a group of patients with one pure illness.

Enteroviral ME, it seems to us, is now so effectively covered up , even the charities do not adequately represent it. People no longer really know what illness they have and those with the most severe illness manifestation are isolated and unlikely to be recognised or able to participate in research. They are already medically neglected and ignored. The true nature of the illness is then hidden and overlooked.

If you have enteroviral ME, assuming the John Richardson group are correct in their warning about the dangers of suppressing the immune/virus balance, why would you participate in a study of Rituximab? Surely it would be inappropriate and dangerous?

Even if a group of ME/CFS patients was split into subgroups, including a subgroup with Ramsay - defined enteroviral ME, surely they must be excluded from treatment for safety’s sake.

It seems the best possible outcome, would be to separate people who do not have ME, from an ME/CFS group of patients and possibly see if Rituximab can help them, so long as they do not have an active infection.

But how possible is this in reality ?

Surely to actually give Rituximab to patients with enterovirus would be too dangerous to conceive? To return to our first question: what does ME mean anymore? Less and less it appears to mean enteroviral ME in the UK.

Biomedicine, then, aided and abetted, ironically, by the charities and support groups, is in great danger of completing the process psychiatry began: the burying of ME in CFS.

Even if the research is biomedical.