Fatigue : a slap in the face and an insult 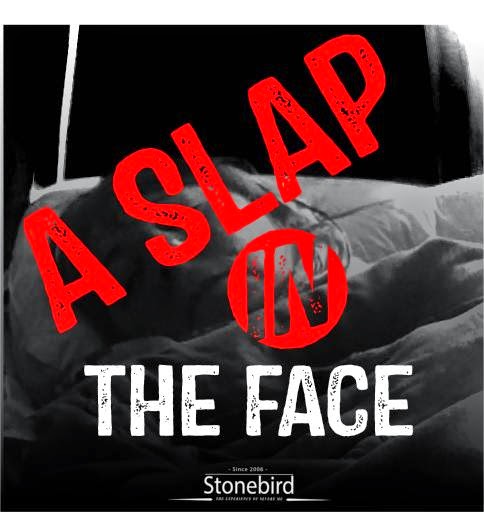 The situation regarding Severe ME is so dire as to be almost incomprehensible. You have to ask : why are people not bending over backwards to help those who have been pushed, through unimaginable physical suffering to the very edge of society ?

Imagine if cancer was treated mainly with psychiatric therapy while those with malignant or terminal cancer were left at home with no treatment, help or support, to die, their serious disease ignored.

There would be such an outcry !

You do not get that outcry with ME.

The seriousness of the illness is no longer understood or adequately represented. “Myalgic Encephalomyelitis”, the neurological disease, has become hopelessly lost in a sea of poorly identified fatigue issues, in which Severe ME barely registers.

After three decades of psychiatric misdirection, a bewildering array of inappropriate and vague terms : “CFS/ME”, “CFS”, “ME/ CFS”, even “Chronic Fatigue” are routinely used to mean ME.

The terminology leads researchers and clinicians to focus on fatigue, rather than ME.

It shows how little comprehension they have of the true reality of the illness.

It is unrecognizable to us, the way ME is generally described, a fanciful view that is not real or based on lived experience. How can there ever be real progress all the time ME is so poorly defined as to be unrecognizable?

Practitioners and services, in our experience, have no idea how to relate to people with Severe ME; they either ignore, downplay, neglect or overlook the most serious symptoms, the complex hypersensitivities, with frightening consequences. How can it be that the more severe and extreme symptoms, like paralysis and muscle spasms are constantly ignored or downplayed by medicine and research ?

To try and engage with a medical profession, that has not engaged with the medical truth of ME is terrifying the more ill you are .

The use of any term, that attaches the modifier “fatigue” to ME, is wholly inappropriate, especially in Severe ME.

Fatigue for my wife, as someone who has suffered from Very Severe ME for over two decades, is the least of her worries. Here is what she has to say about this derisory term :

It is not fatigue for me, it is paralysis : a complete inability to move, think or function

It is not the tiredness that comes from doing things, it is no energy to do them in the first place.

It is not weariness, it is stultifying incapacity and profound disability, caused by multi-system dysfunction on a major scale.

It is like your body has turned to stone and cannot move by willpower, whim or wish.

It is like someone pulled a plug and everything drained away leaving an empty nothing.

It is not even recognizable as fatigue because it is embedded in pain , overlaid with numbness and crushed by paralysis, defied by shaking and muscle spasms.

The more severely ill you are, the less you can find fatigue in the haystack of more serious, severe and ignored symptoms that define your days and your isolation.

I am so very sick of being under-represented and misdescribed.

It is a slap in the face and an insult, a step too far, to be continually told your illness is primarily about fatigue when paralysis defines your days.

Just to be weary and tired would be a miracle.

How can people have an honest prognosis all the time a psychosocial model of interpretation denies the true reality of this serious and life threatening disease , while “being positive” is used to deny the true seriousness of the illness and its unlikelihood of recovery without biomedical treatment ?

How come the psychosocial lobby, in active collaboration with the major ME charities, has been allowed to spread its misinterpretation of ME as chronic fatigue so aggressively across the UK without effective challenge by the medical profession ?

How can there ever be accurate research, when the pool of research patients is drawn from those that who attend CFS fatigue clinics while the most severely ill, too ill to see consultants in hospital settings, are medically neglected and ignored ?

If the most ill dare to engage with a medical establishment which does not understand the underlying mechanisms of their illness, they are at serious risk of harm, even death.

Any Severe ME sufferer will tell you that at the heart of ME there are crippling hypersensitivities which dominate and destroy lives, yet this is barely acknowledged. There is no effort, we are aware of, to create innovative aids to deal with crushing noise sensitivity, for example, for those in too much pain to use earplugs or earphones, or light sensitivity: how to safely help someone who cannot have the light turned on.

That basic thinking is not there yet. There is no highly skilled specialist ME service, to our knowledge, dealing with the moment to moment torment people with Severe ME experience.

Until professionals and clinicians become interested enough, genuinely concerned and knowledgeable enough about the disease, especially Severe /Very Severe ME, there is no hope of an adequate and safe medical service.

The greatest danger for people with ME
Is its misrepresentation as fatigue
Its misinterpretation as a condition or syndrome
Its mispresentation as a mental health disorder
It is caused by physical dysfunction.
It is a neurological disease.
There is no cure.
The greatest danger comes from complacency
From not realising the name does matter
From compromising away its true nature and reality
From putting funding or power or a voice or
compliance with the fatigue lobby
Before speaking and representing the Truth of ME
The result of complacency and compliance
Is the current lack of appropriate biomedical services
For people with ME.
The abuse and wrong treatment of people with genuine ME
The denial of symptoms
And the legitimisation of misinformation
And medical neglect.
When will the people who have genuine ME
Be seen
Acknowledged
Heard,
Listened to
Respected
And properly provided for?
What do we have to say
To be effective ?
What do we have to do
To get a fair response?
What do we have to experience
Before the world listens?
What more do we have to suffer
Before the governments and the health services
Of the world act responsibly
And treat us properly
For the neurological
Severely debilitating
Physical Disease


That we actually have?