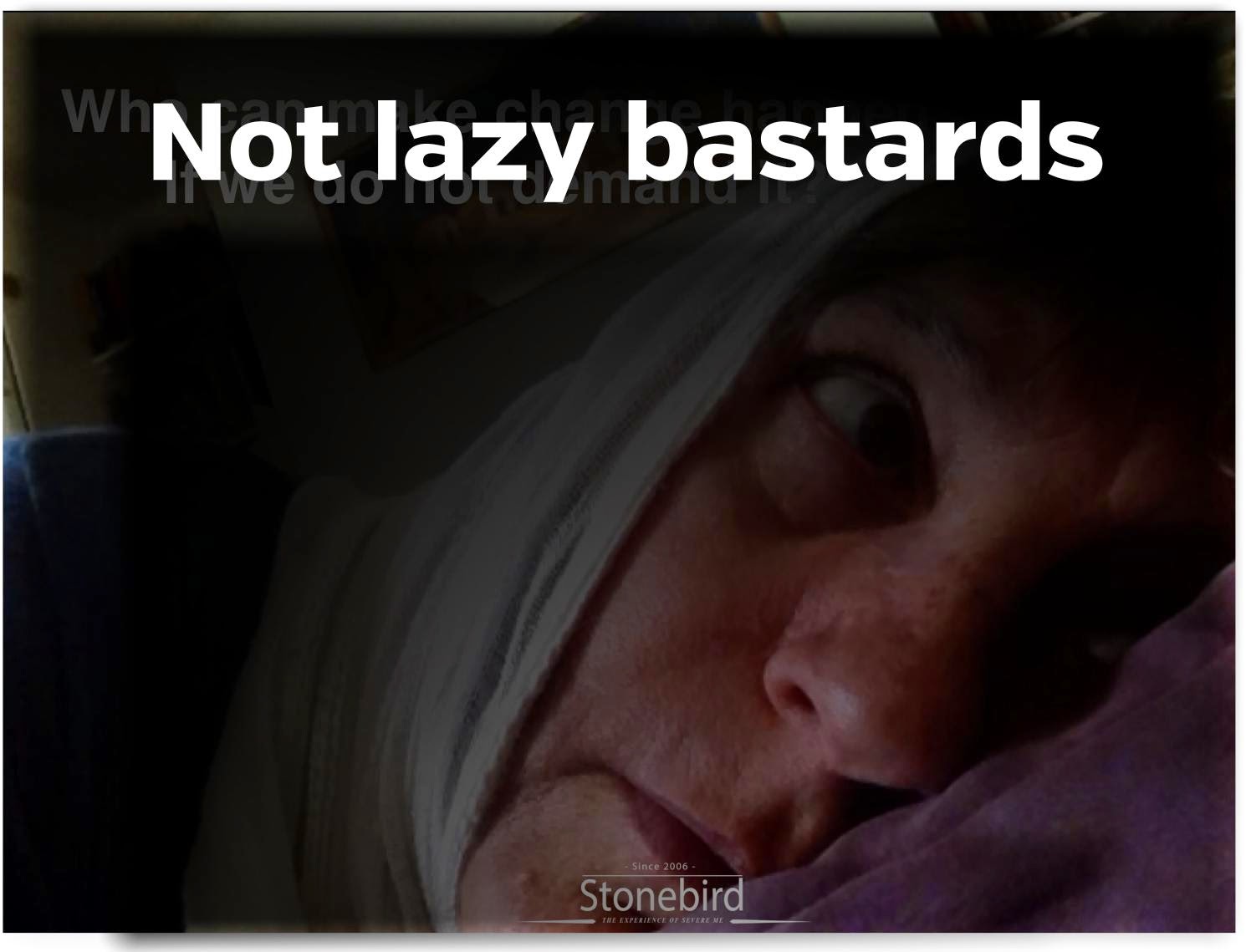 (Published in the  ME Global Chronicle December 2014)

Nurses are not being educated in Myalgic Encephalomyelitis (ME), making it difficult for them to recognise the mistreatment of ME and also making it unsafe for patients with ME to be exposed to a hospital/ medical environment.

A 2009 study (Chew-Graham et al ), for example, found little evidence that Nurses are being taught about ME. One person stated that: “ people probably just look at them and think, oh you know he's just tired all the time: lazy...lazy bastards and wasting doctor's time.'”

A study of the literature reveals an alarming lack of awareness of the seriousness of the disease. Without the appropriate understanding of the pathology of the disease and the specific individual system dysfunction, patients are put at risk of mistreatment and misinterpretation.

Affecting more people than AIDS, lung cancer and breast cancer combined, more people than have multiple sclerosis or cystic fibrosis, Severe ME leaves a person as functionally impaired as someone suffering from diabetes, heart failure and kidney disease, and as severely disabled as someone with late-stage AIDS, Multiple Sclerosis, or a person undergoing chemotherapy.

If nurses wrongly assume the disease is a vague fatigue condition, treatable by psychiatric therapies, they will not necessarily be aware that ME is a serious neurological disease with multi- system dysfunction. It is essential that they know ME is formally classified as a neurological disorder in the International Classification of Diseases (ICD10:G 93.3; WHO 1992), and that the ICD separately classifies fatigue syndromes as a behavioural (psychiatric) disorder (ICD 10:F 48).

An association however, of the name “CFS” with “ME” has confused practitioners into thinking that CFS and therefore ME, by default, is a mental health condition, causing havoc in the lives of genuinely physically ill ME patients.

The Minister for Care, Norman Lamb, wrote to me in 2013 acknowledging that the term CFS/ME is considered to be a neurological condition. He further stated that:"The use of an umbrella term (CFS/ ME) is also not intended to imply that fatigue syndrome and myalgic encephalomyelitis are equivalent "

The Minister's clarity, regarding the difference between ME and CFS is not so evident within the NHS, where a confusion of terms abounds.

This widespread confusion can be traced back to the 1994 CDC case definition of CFS, a theoretical, not a patient-based framework, which has inexplicably resulted in doctors “ presently diagnosing and treating a research abstraction called CFS, rather than any actual disease .” Spinhirne (2014)

Before the term CFS, overpowered ME, ‘Myalgic Encephalomyelitis’ was the name for a well-defined, virally triggered, potentially severe and chronic neurological disease. (Tymes Trust 2007).

It is critical that nurses understand that Myalgic Encephalomyelitis and CFS are not the same. Carruthers et al (2012), explicitly called for the separation of ME from CFS pointing out that “Myalgic encephalomyelitis, a name that originated in the 1950s, is the most accurate and appropriate name because it reflects the underlying multi-system pathophysiology of the disease.

The complex interaction and impact of symptoms affects the 'how' and 'when' a nurse interacts with a patient, to maximise the best possible outcome. The wrong interaction can lead to harm. The wrong treatment can lead to death, as in the case of Sophia Mirza, who was treated as having a psychosomatic condition and died of ME in 2005.

Given the body of evidence, over 5000 published papers outlining the biomedical abnormalities in ME, a history of epidemics stretching back over 70 years and an active patient movement, there is no excuse for the nursing profession's ongoing ignorance. Education rooted in the biomedical truth of this serious neurological disease is key, but sadly lacking.

The starting point, as this article has stressed, is awareness that ME is a neurological disease, with multi-system dysfunction. A self-reflective, partnership-based model of practice is required in order to begin to meet the complex needs of these grossly neglected patients . (Crowhurst 2005)