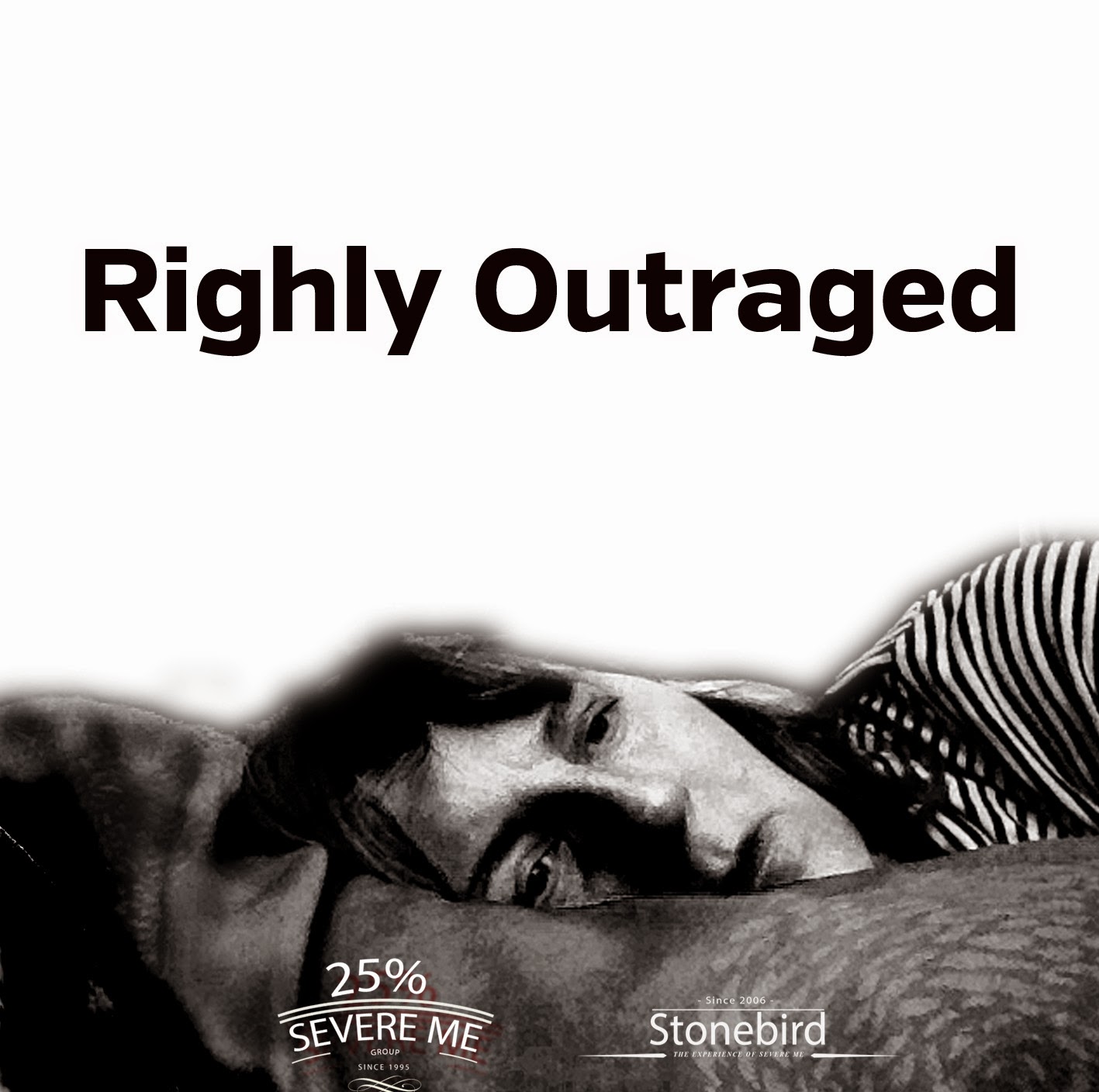 People with Severe ME are rightly outraged by the latest in a long line of misrepresentative articles suggesting that their disease is a fatigue condition.

People are suffering and have been suffering for decades as a result of the misdirection of ME away from a WHO defined neurological disease.(Hooper et al 2007) It is surely time for this to end.

The so-called "psychiatric lobby" have for many years perpetuated the untruth that ME is a "non disease", a somatoform disorder, maintained by abnormal or unhelpful illness beliefs, condemning patients to decades of neglect, abuse, misunderstanding and mistreatment. It is time that Myalgic Encephalomyelitis is recognised as the serious neurological disease it is and separated once and for all from a sea of ill-defined, vague, misrepresentative fatigue, under psychiatric influence.

The latest paper, (Chalder et al 2015) grotesquely reported in the media, has caused immense distress; echoed around the world the article is given far more authority than it deserves, thus perpetuating a global knock on effect, that will have a devastating negative influence especially for the most ill.

Its central “morally indefensible (Weir 2015)” premise that ME patients are afraid of activity and would benefit from Graded Exercise Therapy and Cognitive Behaviour Therapy, to cure their phobia, ignores the evidence that people with ME are physically harmed by exercise (Crowhurst 2010, Kindlon 2011, VanNess 2014).

The key issue here is the wide and loose definition used to identify the research cohort and the misuse of the name ME to mean CFS, moving the focus and ground away from ME, a neurological disease, to Chronic Fatigue, a mental health condition. Whether ME patients are included or not, within the patient cohort, the potential for harm from wrong treatment is huge. Patients with Myalgic Encephalomyelitis need protecting from the dangers of misinterpretation.

The 25% Severe ME Group and Stonebird call for psychiatry to be removed from first line involvement in ME, for a much clearer definition to be applied across the board to separate ME from CFS, for the development of a biomedical, not a psychosocial pathway and for high end Myalgic Encephalomyelitis not “CFS” research .

A whole new approach to addressing the medical needs of people with Severe ME, which recognises the complexity of hypersensitivity, must be developed, alongside a long overdue medical centre of excellence.