The IOM needs to think again 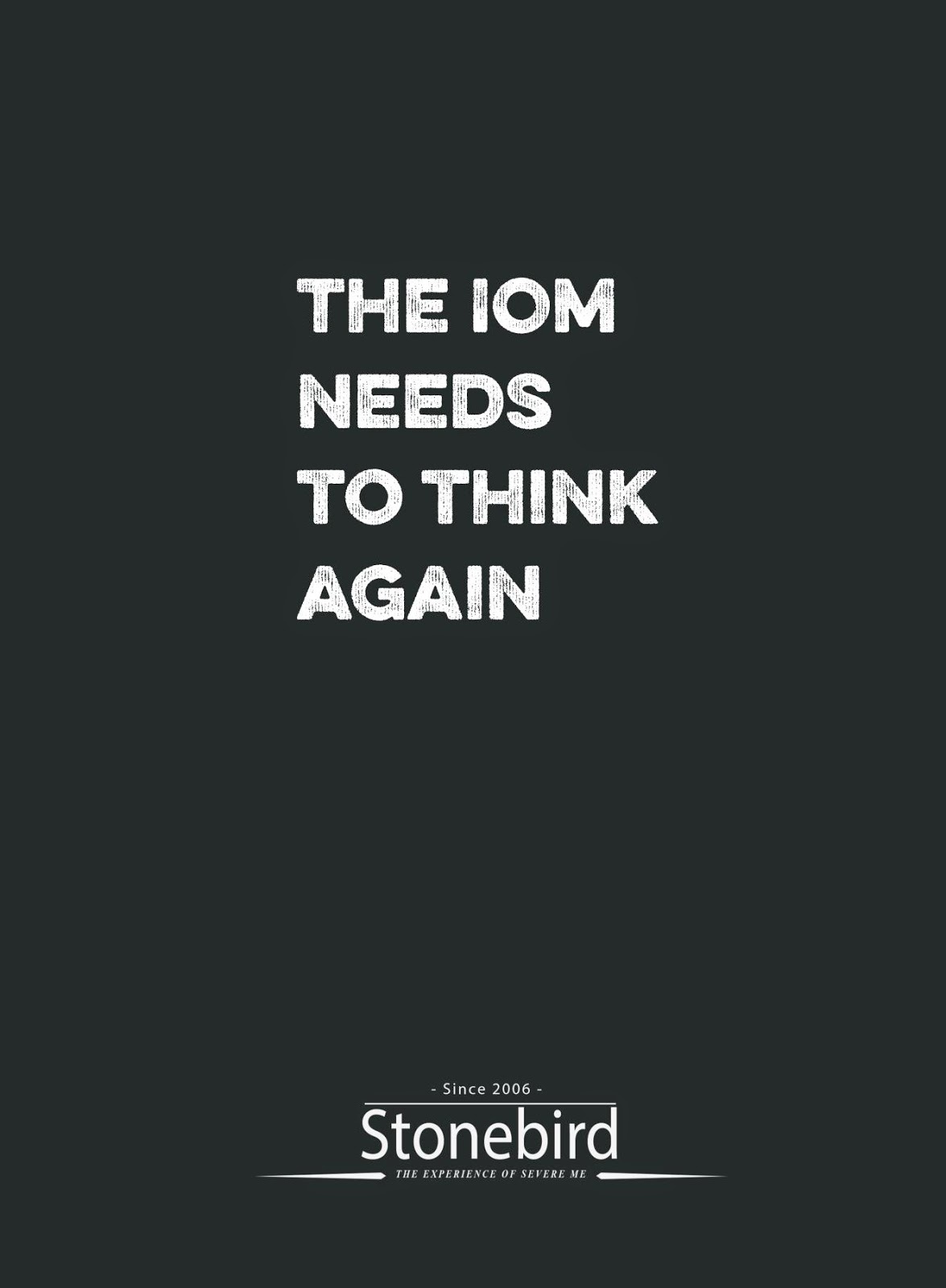 I read with great interest Dr  Lucinda Bateman's and Prof Jason's comments on SEID . Unfortunately ME and CFS are not the same,  so the IOM's starting premise is wrong.

In M.E. you can never go along with a compromise or a wide  fatigue definition.

The IOM tries to create a disease definition, SEID, out of an impossibly disparate group of poorly defined fatigue conditions,   unfortunately including ME within them.

To its credit the Report acknowledges the ME-International Consensus Criteria , inexplicably, however, it  ignores the volumes of research outlining the Neurological, Autonomic, Neuroendocrine and Immune system malfunctions that constitute M.E. , a disease at least as disabling or more disabling than other chronic diseases such as lupus, multiple sclerosis or rheumatoid arthritis, more extreme than end-stage renal disease and heart disease with a sickness impact equivalent to that of terminally ill cancer and stroke patients.

CFS is a umbrella term, which can never be made into a single disease - and should never be equated with ME as defined by the WHO.  ME is a disease , but the symptoms ,especially the most severe are missing from this Report. It is the most severely affected, we suggest, who will appreciate most how flawed and misrepresentative this document is.  All the time the most ill are neglected ME is far too easily interpreted as a fatigue condition, with the focus on treating fatigue, rather than upon  the extraordinarily serious symptoms people experience.

At once frustratingly progressive, radical yet unfortunately unaware, the IOM Report does not appear to have comprehended the neurological nature of ME and the separate nature of CFS, neither has it recognised the  difference and fullness of symptom in  mild , moderate and severe ME.

There is a vast difference between the mild and the most severely affected; Severe ME, is so extreme, so outside normal experience,  it is virtually incomprehensible.  The most hidden, most neglected  have not been represented adequately enough, if at all, in our opinion,  in the IOM Report to ensure that  this is a document about ME,  as opposed to a generalised  document on fatigue conditions, which may or may not be a disease.

For too long ME has been misrepresented as CFS.  The IOM has to acknowledge that SEID does not include Myalgic Encephalomyelitis; if it's intention was to be genuinely about ME, then it needs to think again.