If I was elected Labour leader today... 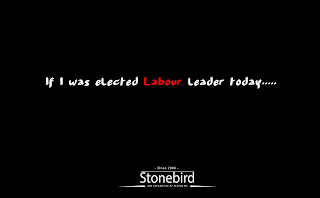 The UK "Welfare System" stinks : nearly 90 people a month are dying after being declared "fit for work", while seriously ill patients, like my wife, who has very Severe ME, are just being left to "rot" in agony for decades, with no investigation, help or treatment  !

If I was elected Labour leader today, I would like to know:


Finally, if I was elected Labour leader today I would issue an  apology  for the deliberate and consistent degradation of ME , the psychiatric mistreatment and misinformation , the rampant  medical neglect, the lack of respect for the many who have died from ME without proper medical understanding or appropriate treatment, or even proper acknowledgement  on their death certificates.

But I won't be elected. As a full-time carer for someone with Severe ME, I could not be more invisible.

Penny L(2015) The art of cruelty: why the Conservative attack on disabled people harms us all http://www.newstatesman.com/politics/welfare/2015/09/art-cruelty-why-conservative-attack-disabled-people-harms-us-all

Stewart M From the British Welfare State to Just Another American State http://www.centreforwelfarereform.org/library/by-date/from-the-british-welfare-state.html