Is there an ME Community anymore ? 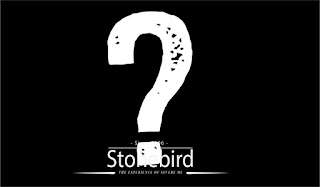 Now that it has been so discredited, so comprehensively torn to shreds, it is hard to see how the psychiatric lobby can defend the PACE Trial, or ever be taken seriously again. Their toxic research has been exposed as vacuous, their statistics as zombie science, their work as incomprehensible and amateurish.

You would think nobody would take those psychiatrists seriously again, but tragically we live in a world where it is not truth but spin that counts. Given the vast resources at their disposal, especially their access to the media, expect this to be spun as a tale of well meaning scientists doing their best to help a hostile patient population, never mind the decades of deliberate manipulation, the denial, the turning a blind eye to the overwhelming physical evidence , debunking the psyche's insulting claims that ME is a result of misguided thinking.

Never mind the horrific devastation, pain and suffering people have had to endure as a result. Never mind the profound influence and huge wealth of the mighty Insurance Industry that so dominates behind the scenes.


Don't expect the CFS Clinics to be closing down anytime soon.

Time and again the psychiatric lobby have shown how they are masters of media manipulation.
However, the writing is on the wall. The thousands of signatures, the backing of academics, the extraordinary back peddling by the Telegraph, the pressure on the Lancet; at last the long awaited and hard fought for breakthrough is happening, on many fronts. You can actually feel the earth shifting.
But the struggle will not be won until we finally separate ME from CFS - that mother of all messes is the cause of all our troubles.

Until then the confusion and mayhem, which has been so carefully sown, will continue to wreck havoc and destruction, denying any hope of proper investigation and cure.


"PWME" means exactly that . Let us demand that the ICC Criteria be adopted across the board. Let us be very clear that you do not get "better" without treating the underlying multi system dysfunction. Let us begin, though, by asking ourselves this one rather pertinent question :
Is there an "ME Community" anymore ?