The PACE Trial : these concerns were raised by Stonebird in 2013. 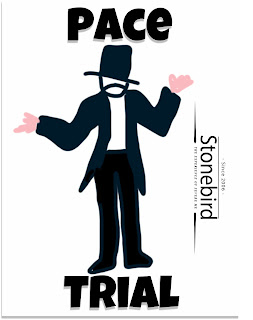 1. It did not study people with ME : the PACE Trial studied: “CFS defined simply as a principal complaint of fatigue that is disabling, having lasted six months, with no alternative medical explanation (Oxford criteria)”.http://www.meactionuk.org.uk/Hoopers-initial-response-to-PD….
2. It wrote its own version of the London Criteria , so that they are virtually identical to the Oxford Criteria.
3. It implied that it was studying people with ME. The PACE Trial Identifier is clear: “Myalgic encephalomyelitis is thought by most to be synonymous with CFS” (PACE Trial Identifier; 2.1).http://www.meactionuk.org.uk/Hoopers-initial-response-to-PD…
4. It recruited a high number of participants who suffered from a psychological disorder. http://esme-eu.com/…/the-pace-trial-do-you-also-get-so-tire…
5. It made sure that the majority of participants have exceptionally high expectations of CBT and GET.
6. It did not admit the most severely affected. http://esme-eu.com/…/the-pace-trial-do-you-also-get-so-tire…
7. It got its results, fast-tracked and published by The Lancet.http://www.meactionuk.org.uk/Comments-on-PDW-letter-re-PACE…
8. It changed the way the trial was conducted . In the original protocol activity graphs were adopted and budgeted, but these were canceled. The patients however were allowed to decide themselves how and when they would report on a scale that was designed by one of the researchers.http://esme-eu.com/…/the-pace-trial-do-you-also-get-so-tire…
9. It ensured that a participant can have a fatigue rating that is both “normal” and “abnormal” depending on which of the Investigators’ various definitions is applied. http://www.meactionuk.org.uk/Comments-on-PDW-letter-re-PACE…
10.It made it possible for a person to record a poorer score on the CFQ (Chalder Fatigue Questionnaire) on completion of the trial than at the outset, yet still be deemed to have attained “normality” on this primary outcome measure. http://www.meactionuk.org.uk/Comments-on-PDW-letter-re-PACE…
11.It made sure there was absolutely no data available regarding what most people would regard as objective markers of recovery; that was simply ignored. http://www.meassociation.org.uk/?p=14333
12. It redefined the meaning of “recovery : the PACE Trial’s infamous “post-hoc” definition of recovery set a threshold for recovered fatigue, using the SF-36 threshold for recovery , lowered from 85 to 60, which is classed as moderately disabled and which would have been regarded as abnormal or excessive fatigue in the original protocol.http://forums.phoenixrising.me/index.php…
13.It did not define or objectively measure "fatigue". Just as the meaning of "ME " was shifted to "CFS", the meaning of "recovery" was shifted to not mean physical recovery, nor to mean loss of symptoms - only the removal of a fatigue that you have not defined in the first place, or measured in any objective way.
14.It made sure that its definition of recovery was not relative to a healthy person’s score by using the English population mean ( which includes elderly and disabled people) - rather than the working age mean .
The PACE Trial confirms how redundant psychiatry has always been in the treatment of ME; the serious neurological disease that is busily destroying lives.
See Stonebird : http://carersfight.blogspot.co.uk/…/when-i-am-64-and-other-…