(This is taken from :
“Severe ME : Notes for Carers” : http://stonebird.co.uk/Notes/index.html) 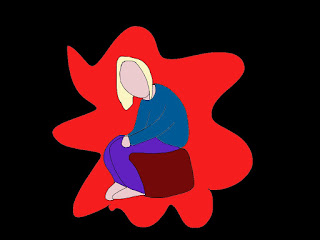 It should be stressed that any registered medical practitioner, consultant or GP, in the UK, who chooses to dismiss or ignore widely available biomedical evidence for ME, may be in breach of the legal requirement for doctors to keep up to date with developments in medicine and medical science and this consequently raises issues of medical indemnity.(Hooper 2010 )
In the UK, there is no act of parliament setting out patient’s rights, however the NHS must take account of law made by parliament (e.g. Human Rights Act etc.) or by court judgements. Health professionals must use reasonable care and skill and patients are entitled to receive care of a standard which a “responsible body of medical opinion” considers to be appropriate to their condition. If the duty of care is breached, the patient may be able to sue for negligence.(NHS 2006)


Greg Crowhurst (c) 2016
From : Severe ME : Notes for Carers http://stonebird.co.uk/Notes/index.html

Greg Crowhurst (c) 2016
From : Severe ME : Notes for Carers http://stonebird.co.uk/Notes/index.html