Breaking Chains ! The failure of the PACE Trial 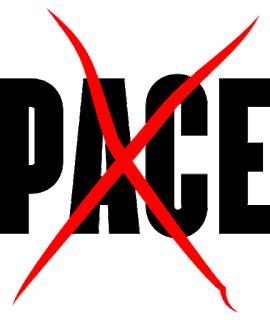 Before ME took every possible thing you can think of from us, I used to run a nationwide training company, its motto was a Mark Twain quote : “Loyalty to petrified opinion never yet broke a chain or freed a human soul”, I have never stopped trying to live that outlook.

I can’t, for my wife reminds me of it often, it inspired her so much; it is one of the reasons, I know, why we got married!

That same outlook, an unstoppable determination to break free from the chains of untruth, I have found in spades, down all these years, in the ME Community, so aware and outraged are they at their oppression and mistreatment at the bloodied hands of psychiatry, so horrified are they at the forced removal from her family and subsequent death of Sophia Mirza, the forced imprisonment of Karina Hansen and all the countless lives wasted, including their own, laid to waste by a barbaric ideology; the psychosocial movement.

The PACE Trial, purported to be gold standard research, has been finally exposed to be a failure! (Matthees et al 2016). Behind that story, which surely should be headlines in every major newspaper, lies a David and Goliath story, such as the world has never known. It proves that a lie cannot remain hidden even behind the awful might of corporate power.

The odds of victory appeared insurmountable, due to the nature of the disease itself; if ever any patient group is spectacularly ill equipped to mount a fight-back it must be the ME Community. The hideous nature of the neurological disease, in its most severe form, leaves you paralysed in a darkened room unable to bear light, touch, sound, movement, in unbearable pain.

You can’t take to the streets, march, hold up a banner, lobby, write, think even most of the time. How then can you possibly challenge those who have the money and the power to define you as a victim of “maladaptive thinking”, an object of “disgust”, who just needs to change their thoughts and get well; who label you an “unhinged crusader “? (Rehmeyer 2016)

So you are left to suffer, horribly alone, with nothing and often no one to help.

The great tragedy? The countless medical professionals, who should have known better than to believe in a psychiatric cult (Williams 2016) that could not possibly have been right, the family members, the neighbours, the churches, the many institutions, all those who have stood by and done nothing to help or who long ago, washed their hands and walked away, leaving us the carers and patients to cope alone, in unspeakable circumstances for many, many decades.

The PACE Trial was recently compared to a ship, a “thing of beauty” (Wessely 2015). Now the truth has been exposed, perhaps a more appropriate nautical analogy would be a stinking prison ship, a tank of a thing that could never possibly have left port, but still manages to enslave and drown thousands in the filthy contamination it pumped out - and is still pumping out unceasingly. A pollution that will take many years, if ever, to clear up.

The damage and the harm that has been done to people with ME, goes way beyond holding those responsible for the PACE Trial and the charities that collaborated with them to account for their actions.

How is the UK ME Research Collaborative going to respond? Effectively and strongly, we hope.

The PACE Trial, however, was never about ME, as the lead investigator was forced to confirm. (Hooper 2011).

“CFS” is the psychiatric lobby’s most dangerous and chilling legacy because it focuses away from a single disease and misdirects towards general fatigue. More than thirty years that could have been devoted to biomedical research and clinical understanding of Myalgic Encephalomyelitis, a  WHO classified  neurological disease, with a real possibility of developing appropriate medical tests and treatments, has been wasted because of it; the human cost is incalculable.

All we have is endless questionnaires, poorly worded, supposed to identify this profoundly disabling disease but  still no universal biomedical pathway, diagnostic test or valid safe treatment options.

Progress will not be made all the time research remains “fatigue” focused, ignoring the most ill. People with Severe ME do not primarily complain of fatigue! No wonder they have been ignored.

The world needs to understand that “CFS” is not a single entity, because of the mish -mash of different criteria used to define the illness.Rigorous physiological testing is not generally carried out. There is no way of knowing who has what disease.

The whole picture needs to be looked at again with each patient individually tested for what disease they actually may have. But in order to do this we need keen, interested, practitioners with integrity, sending out a strong statement  that ME is not a fatigue condition, needing fatigue management. It is a serious neurological disease requiring serious clinical input.

Ultimately the only safe way to ensure people have the disease ME, will depend upon proper diagnostic markers being found. But that will only happen with consistent criteria for research , based upon the actual disease experience of the most severely affected.

We need to break free of petrified opinions !!  A new pathway needs to be set up, not the old pathway reinvented to accommodate all those who have leaned on a fatigue interpretation for decades.

We need new. We need better. We do not need psychiatric involvement or interpretation. This should surely be evident when you look at the real results of the PACE trial.