Be a trouble maker 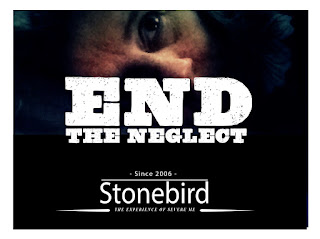 “You can’t go after a health care system under the control of the insurance companies and pharmaceutical corporations. That system is immune..” warns Noam Chomsky in his latest book, (Interventions, Hamish Hamilton 2007) , yet a radical US-style corporate-led health care system is exactly what New Labour are bringing about in the UK , shadily and with little public consultation.

The consequences for people with ME are dire indeed.

Here are just a few examples of how big corporations are taking over the NHS : (cf. Alex Nunns 2006 www.labournet.net/ukunion/0610/nhspriv1.html)

The financial system underpinning the new market model of healthcare is Payment by Results (PbR), no other country in the world is moving faster than the UK to implement it. In April 2006 PbR was rolled out to cover over 80% of hospital activity, placing them in competition with each other. It is an open door to private companies. One of the purposes of PbR is to allow the private sector to compete with NHS facilities by opening market entry points in nearly every form of care.

If PbR opens the door then the Choose and Book initiative is a golden stairway for the private sector to increase business, as at least one non-NHS facility has to be on offer to patients.

At the same time billions of pounds are being poured into controversial Independent Sector Treatment Centres , stand-alone private sector clinics specialising in a limited range of simple treatments, . The NHS contracts ISTCs to carry out procedures at a fixed global price, which are paid whether or not the operations are actually performed. Hand in hand with this are the new privately run Integrated Clinical Assessment and Treatment Services – ICATS.

Large companies are being invited to tender for the commissioning function of Primary Care Trusts (PCT’s). Private companies will then have control over which treatments patients receive and who receives them.

Under the Alternative Provider of Medical Services contract, the private sector is being brought in to run GP services.

The ongoing process of unbundling, the breaking up of primary care into saleable commodities , provides many new market opportunities for the private sector to run services like out of hours (already leading to many complaints and putting extra pressure on A&E departments)..

Private Finance Initiatives (PFI) are a hugely controversial and expensive way of building hospitals. Virtually all 100 hospitals promised in the 2000 NHS plan will be built under PFI. Private companies are making astronomical profits, at the expense of local services.

Practice-based commissioning, the transferring of the PCT’s commissioning power to GP’s is perhaps the most controversial of all. North East Derby PCT, for example ,recently awarded the American global, billion dollar corporation UnitedHealth the contract to provide family doctor services at Cresswell/Langwith, despite UnitedHealth having no actual clinical team and no record of practice in UK primary care. As Pollock and Price (2006) http://www.pubmedcentral.nih.gov/articlerender.fcgi?artid=1874517 point out, this raises great anxieties about the “aggressive commercial takeover of general practice and other NHS clinical services.” The GPs traditional contract with the State is being dissolved. Clinical decision making will increasingly come under the control of commercial managers and shareholders.

Alarm bells are ringing all over the ME community !

That great bane of ME sufferer’s lives, the Medical Insurance Industry which since the mid-1980’s has lobbied hard, with great success, to have ME reclassified as a psychiatric behavioural disturbance , in order to avoid massive payouts , makes no secret of its intention to take over the UK Health market. As Jonathan Rutherford reveals http://64.233.183.104/search?q=cache:9MdzISWu5IAJ:corporatecrimefighters.com/unum_in_uk.pdf+Privatising+primary+care+%2BME/CFS&hl=en&ct=clnk&cd=4&gl=uk

UnumProvident have vastly extended their influence in the UK. Their annual symposium are attended by government ministers and in 2001 it launched New Beginnings , a public private partnership which has been hugely influential in shaping Public Policy, especially in relation to the DWP’s Pathways to Work programme – designed to get disabled people back into work. In 2004 UnumProvident opened the UnumProvident Centre for Psychosocial and Disability Research at Cardiff University, with Mansel Aylward as Director following his retirement as Chief Medical Officer from the DWP in April.

In 2005 the Centre produced The Scientific and Conceptual Basis of Incapacity Benefits (TSO, 2005) by Waddell and Aylward, neither author citing their association with UnumProvident.

It is this monograph, says Rutherford, that “provides the unacknowledged intellectual framework for the 2006 Welfare Reform Bill. And the methodology used by Waddell and Aylward is the same one that informs the work of UnumProvident.”

UnumProvident’s methodology is a very familiar one . Here is what they submitted to the House of Commons Select Committee on Work and Pensions : ‘Our extended experience … has shown us that the correct model to apply when helping people to return to work is a bio-psychosocial one’. Waddell and Aylward ,in their monograph, state that disease is the only objective, medically diagnosable pathology.

Sickness is a temporary phenomenon. Illness is a behaviour - ‘all the things people say and do that express and communicate their feelings of being unwell’ (p39). The degree of illness behaviour is dependent not upon an underlying pathology but on ‘individual attitudes and beliefs’, as well as ‘the social context and culture in which it occurs’. The solution is not to cure the sick, but to transform the culture of welfare and tackle the ‘personal and social/occupational factors [that] aggravate and perpetuate incapacity’.

Adopting this model will lead to a ‘fundamental transformation in the way society deals with sickness and disabilities’ (p123). The goal and outcome of treatment is work: ‘work itself is therapeutic, aids recovery and is the best form of rehabilitation’. A person who is unwell may ‘feel too ill’ at present to consider returning to work, but that is not a valid basis for future, permanent incapacity. The argument that, even if they recovered, they could not ‘risk’ work because it might be ‘harmful’ to their health is invalid because of the generally beneficial effects of work and the ill effects of long term worklessness’ (p91).

UnumProvident, in its memorandum to the Select Committee, argues that even the most functionally disabled could be expected to work at some future point. Illness, according to their distorted logic , is a dysfunction of the person; the problem of illness is located in the individual’s beliefs and behaviour.

New Labour’s Welfare Reform Act was passed in May 2007, its aim is to get single parents, older people and those on Incapacity Benefit back into work. Pathways to Work, based on Unum’s behaviourist logic, is to be rolled out across the country by 2008. GPs and Primary Care Staff will be offered rewards for getting people back into work. Benefits will be awarded, not on the basis of of a certain disability or illness but on an assessment of the capacity to work. In 2008 Incapacity Benefit will be replaced by a two tier Employment and Support Allowance. “Customers” who fail to participate in work-focused interviews or engage in work-related activity will be subjected to a “motivational tool”, a loss of earnings, as suggested by Waddell and Aylward.

A senior banker, David Freud, commissioned by New Labour to review its welfare to work policies recommended in March 2007 (Reducing dependency, Increasing opportunity: options for the future of welfare to work ) that government targets can only be achieved by bringing in the private sector on long-term, outcomes-based contracts. This will mean opening up public finance to private companies, such as the banks. Freud argues that This annual multi-billion pound market, and the creation of regional monopolies, ‘would attract major players from around the world’ (p62-3). As Freud concludes: ‘The fiscal prize is considerable’.

All of this is taking place against a wider picture of increasing social control and state repression, as “the new rulers of the world” (Pilger 2003), the corporations, aided and abetted by media and government, take over and implement health and social policies consistent with their own strategic and economic interests (Noam Chomsky, Failed States, Penguin 2006).These topics however “ scarcely enter into public discussion and the basic facts are`little known”.

The facts are better known though to the ME community, who for many years have suffered , perhaps uniquely , from the corporate takeover and denial of their illness. What can be done ?

Chomsky argues that there are countless opportunities for education and organizing – opportunities he says are ample “and failure to grasp them is likely to have ominous consequences”.

We have to get in there and take on the PCT’s and the SHA’s.

It means day-to-day dedication to the task. It means incredible courage and determination and above all a complete refusal to compromise on the truth that ME is a physical, neurological disease.

The corporation’s grip on the State is growing ever more powerful. Most citizen’s movements, says George Monbiot (Captive State, Pan 2000), are weak and to take on the corporations means also confronting “the states that have succumbed to their domination” This can only be challenged, says Monbiot, by “troublemaking – the sole guarantor of liberty”.

As freed slave and anti-slavery campaigner, Frederick Douglas, wrote so powerfully in 1857 : “Those who profess to favour freedom and yet depreciate agitation, are men who want crops without plowing up the ground. They want rain without thunder and lightning…Power concedes nothing without a demand. It never did and it never will”.

Only you can do it.