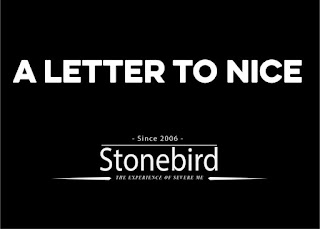 I have cared full time, for 25 years, for my wife who has a diagnosis of Very Severe ME, my Nursing Standard article "Supporting people with severe myalgic encephalomyelitis" is referenced by NICE in the original 2007 guidelines. In 2015 I was third place finalist, BJN, Nurse of the Year, for which I received an award specifically for my work in raising awareness of and advocating for people with Severe ME. I was Secretary of the 25% Severe ME Group charity for many years and represented the Group at the Gibson Parliamentary Inquiry.

The response, in a letter to me, dated March 2nd, from the Co-Chairs of the Expert Reference Group for JCPMH Guide on Commissioning for MUS and the Co-Chairs of the JCPMH claimed that the: "The content of the MUS guide is fully in line with NICE guidelines and with current practice. Should the relevant NICE guidelines alter, or the evidence in this area change, then we will revise the guide accordingly."

On March 15, NICE assured me that CG53 does not list ME as a somatoform disorder. Therefore the MUS guidelines cannot be correct.

I raised the misinformation in the JCPMH Report with the Department of Health, who confirmed that the Government recognises the WHO classification of ME as a neurological disease. They advised me to take the issue up personally with you.

I am interested to know what you can do to correct the misinformation that the JCPMH has given to Commissioners, especially given the serious potential implication in regard to the current consultation on CG53?

I also have the following questions, given that NICE has confirmed that it does not consider ME to be a Somatoform Disorder:

1. Can you tell me why NICE itself lists ME under "Depression and anxiety disorders" on the IAPT webpage and can you reassure me that it will be removed? That surely is as great a misrepresentation of ME as the JCPMH document, especially given the recognition in CG53 that “ the physical symptoms can be as disabling as multiple sclerosis, systemic lupus erythematosus and congestive heart failure .”
https://www.nice.org.uk/about/what-we-do/our-programmes/nice-advice/iapt

2. Can you explain the nature of IAPT’s involvement in ME, especially in light of the the CDC’s recent decision not to recommend CBT and GET? http://www.meassociation.org.uk/2017/07/cdc-removes-cbt-and-get-as-recommended-treatments-for-mecfs-11-july-2017/

3 Can you tell me what role, if any, IAPT played in the drafting of the recent CG53 Surveillance Document, which has been heavily criticised by all major ME Charities and thousands of patients for:

4. I am very curious to know the composition of the Topic Experts and their knowledge base and impartiality. What biomedical representation, if any, did you have? What clinical input, outside of the biopsychosocial school, was involved for unbiased appraisal of the biopsychosocial content? Can you tell me who the Topic Experts were? Were any of the Royal College’s
involved?

5 Can you tell me why NICE only gave stakeholders two weeks to respond to the 56 page Surveillance document, making it incredibly difficult for those people who have ME themselves or full time carers, to have enough time to contribute adequately or at all.

6 Can you explain why NICE has relied heavily on an unfounded psychiatric theory of ME that is nothing more than that, with no real evidence itself, while ignoring the more than 9000 published papers that have been published world wide, detailing the biomedical abnormalities in ME?

7 Can you explain, given the statement in 2014 by Professor Mark Baker, Director of the Centre for Clinical Practice, at a Forward- ME meeting, that the Guideline failed to address the real issues in ME/CFS, does not promote innovation and has had a disappointing impact on specialist care and commissioning issues, why NICE has continued to stick to its outmoded, inappropriate, dangerous guidance?

The Surveillance document does nothing, in my opinion, to challenge the misperception that ME is a mental illness, in fact it's decision to come off the static list, not for medical reasons, but because of the FITNET CBT/GET Trial reinforces the apparent psychosocial bias of the whole document and attitude of NICE.
If CG53 continues to contribute to a situation where people with ME are:


then surely that is in contravention of your obligations under the Human Rights Act and the Equality Act?

The ME Community has been insisting for years that CG53 is not and never has been appropriate for patients with Myalgic Encephalomyelitis; the way forward is for ME to have its own biomedical Guideline and pathway, categorically without psychiatric interpretation and involvement.