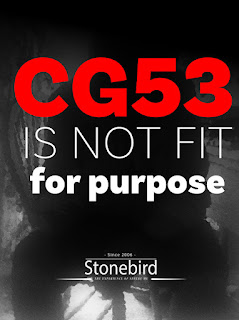 When you look at their track record, is it any surprise that NICE’s “Topic Experts” have decided “to not update the NICE guideline on chronic fatigue syndrome/myalgic encephalomyelitis (or encephalopathy) at this time. ” , given that :

The NICE Guideline was based upon a handful of low quality Randomised Controlled Trials, that were methodologically flawed.

The NICE Guideline failed to grasp the full nature of neurological ME and the implications for management, and also failed to provide adequate guidance for diagnosis, specifically not separating ME from CFS and CF.

The NICE Guideline failed to include experts from all the relevant professional groups on the Guideline Development Group .

The NICE Guideline did not study the aetiology and pathogenesis of ME, this meant that thousands of papers could not be discussed as part of the process.

The NICE Guideline ignored the international evidence that ME is a biomedical, not psychiatric, disorder, claiming that studying this evidence fell outside its remit.

The NICE Guideline placed undue emphasis on two treatments - cognitive behavioural therapy (CBT) and graded exercise therapy (GET) - for which the underlying evidence is inadequate and unrepresentative.

The NICE Guideline did not agree to recognise the World Health Organisation's classification of M.E. as a neurological illness.

The NICE Guideline did not convey or reflect the impact which the illness can have on the lives of those people who are most severely affected by M.E

The NICE Guideline relied upon an "evidence-base"which has been exposed as deeply flawed.
The NICE Guideline failed to give patients' / carers' views equal weighting and status, as subsequently confirmed by two members of the GDG.

The NICE Guideline recommended widespread use of the psychosocial rehabilitative treatments of CBT(Cognitive Behavioural Therapy) and GET (Graded Exercise Therapy) in spite of reports of harm from ME.

The NICE Guideline limited its consideration of the literature to that which supports the psychiatric paradigm of ME and failed to take account of the available published biomedical evidence about ME, without knowledge of which the Guideline fails to provide an aid to diagnosis (as was its remit).

The NICE Guideline based its management recommendations on weak and inconclusive studies of dubious quality on heterogeneous groups of people, the majority of whom were unlikely to have ME but may have suffered from any one of over 30 other disorders where "fatigue" is a symptom.

The NICE Guideline’s conclusions did not coincide with the majority professional view of the international medical and scientific communities about ME.

The NICE Guideline disregarded the fact that patients are almost universally opposed to CBT and to GET, because survey after survey has shown that GET can be harmful to people with ME.

The NICE Guideline proscribed the use of supplements and vitamins in the treatment of ME.
In short NICE “guideline” CG53 is more appropriate for patients suffering from idiopathic fatigue, as outlined by the WHO at ICD-10-F48, not patients with ME : a serious disabling neurological, multi-system dysfunction disease., classified by the WHO at G93.3.

Given the CDC’s decision to remove CBT and GET as treatment options, an earth shattering change of direction, NICE’s decision, to allow CBT and GET to continue to be the basis of presumed treatment within the NHS, is patently absurd.

It is time for Stakeholders to speak with one accord and demand completely new guidelines separating Myalgic Encephalomyelitis from CFS, acknowledging that CFS is a range of illnesses and to separate ME and CFS from Chronic Fatigue and the psychiatric paradigm.

We must demand proper investigations, biomedical pathways, biomedical clinics, the shutting down of the Fatigue Clinics, with their inappropriate psychosocial model of illness interpretation and the complete removal of psychiatry from front line, primary input into ME and CFS.

Only this will ensure the protection of patients and equal and safe treatment.