What is the point of Severe ME Day ? 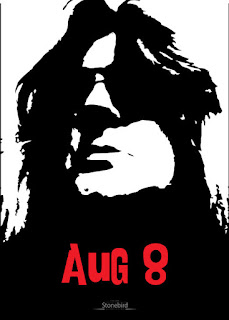 I wish there was an ACTION button on Facebook. Tomorrow is Severe ME Understanding and Remembrance Day. But WHAT is the point ?
If it's just about gathering "likes" on Facebook or "retweets" on Twitter ?
There's a film called "Bucket List" , it's about two terminally ill men, Jack Nicolson and Morgan Freeman, with wish list of things to do before they "kick the bucket".
I know that because Linda told me - and it was one of the saddest days of my life when she remarked, in a matter of fact way , on how, if she was dying - and God knows, every day, she gets very close, it would make no difference, for she still couldn't do a thing on her long wish list.
She is far too ill.
Kick me hard in the guts; it would not come close to the pain that Linda's suffering brings me.
Our has been a 25 year journey and what we have learned is not unique to us; I know because we are in touch with others who are also severely affected.
We have been abandoned, not just by friends, family, neighbours, Church, Politics; you almost expect that. What is impossible to comprehend is how fellow activists also abandon you; maybe it's your uncompromising stand, maybe it's too inconvenient to try and accommodate you.
So okay, that's the way it is. But then the big National Organisations, they too get irritated and cross with you, after a while.
Everyone withdraws, eventually you are left on your own; you can never give up, but you are just a single, seriously uncompromising voice that no one wants to hear; not in a sea of CFS.
Here's a challenge. If you are part of an ME Organisation, what exactly can you do to include the most severely affected?
Not just the members who can come along for tea parties and conferences ?
What steps are you going to put in place to ensure you listen to those who know best ? The most ill and their carers ?
How are you going to make damn sure their voice is heard and acted upon ?
Similarly, if you are a member of a Church, a Political Party, what exactly are you going to do about the extreme suffering that is going on all around you, the hidden, the invisible?
And finally, you Medical Consultants, you whom we have reached out too, all over the world and are not even polite enough to get back to us. You have so much to answer for and address, I don't where to begin.