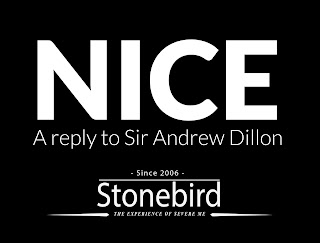 Thank you for your reply, dated 29th August.

My point about the Royal Colleges is that despite my best efforts, letters to the Department of Health, to NICE, to the Royal Colleges themselves, there seems to be no formal mechanism for holding them to account. It is extremely concerning that the JCPMH have been able to wrongly inform Commissioners that ME is a mental disorder, with apparent impunity.

Can you reassure me that NICE itself will not be wrongly influenced by the JCPMH report?

For example, given that you deny NICE lists “ myalgic encephalomyelitis as a topic under depression and anxiety” and given how it has confirmed, personally, to me that it does not list ME as a somatoform disorder, can you please explain why NICE mentions ME and chronic fatigue syndrome nine times in its recent draft guideline for Suspected Neurological Conditions, almost always within the context of “functional illness”, with “functional symptoms” defined as “complaints that are not primarily explained based on physical or physiological abnormalities. They are likely to have an emotional basis. They may mimic neurological disorders.” ?

This appears to be incongruent with your reassurances.

I am delighted that NICE has now decided to recruit a guideline committee to review CG53 after all. I note you mention it will include “people with the condition and their carers, the healthcare professionals who treat them and the organisations which commission that treatment”.

As someone with decades of experience, who has published extensively on how to care for people with Severe ME, I would very much like to be able to consider applying for a place on the guideline committee. However I am a full-time carer and my wife is profoundly ill. Can you reassure me that provision will be made for carers like myself, to still have an active input, if they so wish, for example through Skype,  within a realistic time frame, given the high care burden?

People with Severe and Very Severe ME and those who care for them, are almost invisible to the Health Profession; it is vital that the members of the Guideline Committee, who represent the most severely ill , have extensive first hand experience.

People with ME are not universally safe within the current health system, they are at constant risk of mistreatment and misinterpretation. Can you once and for all confirm, in order to ensure the safe treatment of patients, that NICE accepts that ME is not caused by wrong thought, wrong belief or by an emotional disorder?

Can you please reassure me that, this time, the Guideline Review will not repeat the mistakes of the past: