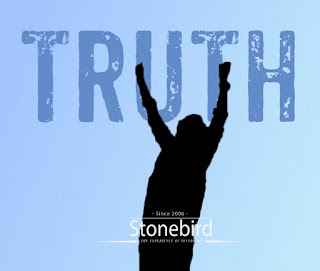 The entire case for psychiatry’s involvement in Myalgic Encephalomyelitis is the wrong assertion that “ME is a somatoform disorder”, in other words a mental health condition.
Here are a couple of useful questions you can use to challenge that blatant falsehood:
1. According to whom?
Certainly not according to the WHO, to the IOM, to the Department of Health, to worldwide biomedical clinical research and to over 9000 research papers outlining serious, profound, complex multi-system dysfunction and a sickness level comparable to last-stage AIDS or terminal Cancer.
2. Who says ?
Certainly not ME patients and carers, who are universally opposed to front-line psychiatric intervention in their disease and who have suffered terribly either from being forced to undergo CBT and GET, the worse possible "treatment" for ME or from being lied about and denied proper medical care, for decades on end.
But who listens to them ?

The term “Somatoform Disorder” is simply a meaningless rendition of “Haven't a clue ”, it cannot be measured, it does not refer to any specific clinical disease, even though the term is so irresponsibly and dangerously used as if it did.

As I explore, in my recently published free eBook “Straight Jacketed By Empty Air”, there is no case whatsoever, apart from made-up stories, personal opinion, self interest and the ignoring of all the biomedical evidence that says they are wrong, for psychiatry’s front-line involvement in ME.
Whatever you may think of NLP, the questions above are based upon its underlying “Meta Model”; a comprehensive set of challenging questions, that can be used to cut through the language games that people play.
Nancy Blake has just published an excellent overview of NLP, challenging its presuppositions in the so-called “ Lightening Process”.
As she stresses, to buy into psychiatry’s argument, that ME is a mental health condition you would have to believe that people can be desperately ill, in utter agony for decades, their life a torture and a torment, simply because they harbour “negative thought patterns about minor symptoms” and that the gain they get from “being an invalid” is greater than the loss of their profession, their income, their home, and often their family!!
For anyone seeking to end the psychiatric domination of Myalgic Encephalomyelitis, the way that Nancy exposes the nonsensical “Alice Through the Looking Glass” world that is the psychosocial interpretation of ME, is an essential read.
Ref :
Greg Crowhurst (2017) Straight Jacketed By Empty Air http://stonebird.co.uk/emptyair/index.html
Nancy Blake (2018) ME/CFS, NLP and the Lightning Process™ in the Looking Glass http://www.positivehealth.com/…/me-cfs-nlp-and-the-lightnin…