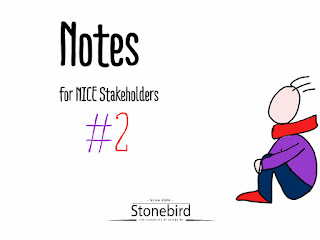 People with ME should be able to feel safe; they certainly are not safe right now.

● do not represent them
● do not respect the experience of genuine Severe ME
● do not understand the severity of illness
● call ME a fatigue illness
● downplay the symptoms of neurological ME so that it will appear to fit into a fatigue service or fatigue regime.

ME services must be about ME. Nothing else.

Do not confuse illnesses.

Do not confuse treatments for ME with psychosocial misrepresentation.

People with ME need new medical tests and treatments . Lives and health are at stake.

Because of the labels “CFS” or “CFS/ME” or “ME/CFS” people with Myalgic Encephalomyelitis are easily open to being :

This is particularly so for the most Severely Affected.

Much of the current literature on “CFS/ME”, an unfortunate meaningless umbrella term, suggests that ME is a functional somatic syndrome, for example the Joint Commissioning Panel for Mental Health, has wrongly informed Health Service Commisioners that ME is “MUS”, a psychiatric not not a medical condition.

This causes untold damage and distress to countless people with ME who have been abandoned by their Health Services, left to cope, on their own, often for decades on end, with :

The urgent message that stakeholders should convey to NICE is that any effort to create a proper medical service for ME must not be compromised away or lost because of any association of Myalgic Encephalomyelitis, with chronic fatigue.

TEN REASONS WHY NICE MUST SEPARATE ME FROM CFS :

1 ME, an organic neurological disease, is classified under WHO ICD G93.3; it can be fatal . "CFS", on the other hand, defined through the now discredited Oxford Criteria, which are no longer used in the USA, and the CDC/Fukuda Criteria , describes no distinct patient group.

2 . Patients assessed using the Oxford or CDC/ Fukuda definition may or may not have ME as the definition is too loose. They may equally have a mental health issue or some undiagnosed illness, but not ME . The PACE Trial, for example, was supposed to study ME ( labelled as "CFS/ME"), however the Pace Trial authors were forced to admit that their multi million pound funded trial into CFS, did not study ME but CFS defined simply as a principal complaint of fatigue that is disabling, having lasted six months, with no alternative medical explanation (Oxford criteria).

3 . In day-to-day use "ME/CFS" does not define a neurological illness; there is no CFS definition that includes viral or bacterial triggers.

4 . Use of the label "ME/CFS" leads to a lack of clarity and confusion, to a misrepresentation of CFS as being the same as ME, whereas in reality it may or may not be; the person may or may not have ME.

5 . Use of the label “ME/CFS” allows psychiatric therapies to charade as treatment, because some people in the CFS community may be helped by them - however even this is debatable given the PACE and FINE trial test results.

6 .The label “ME/CFS” is not formally acknowledged or classified by the WHO; it has no ICD Code. The WHO ICD-10 code as used in UK, Australia, Europe and other countries, has 'CFS' in the index only, indexed to G93.3; 'CFS' does not appear in the Tabular list, i.e. the main body of the classification listings, at that code. In ICD-10 'CFS' is not the same as 'Fatigue syndrome,' which is classified at F48.0 Neurasthenia under "Mental and behavioural disorders "

7 . “ME/ CFS”, is not widely recognised by clinicians in the UK, as identifying a neurological disease, rather it is treated as Chronic Fatigue ; the boundaries have become hopelessly muddied. A realistic prognosis of ME as opposed to CFS is required.

8 .There is no evidence anywhere in the world, that linking ME and loosely defined CFS together, has led to improvements in research, diagnosis or recognition; it only leads to misunderstanding of neurological ME.

9 . Only the International Consensus Criteria, or an improved future criteria that takes into account the fullest range of symptoms, including the well documented but ignored symptom of paralysis, should be used to identify patients with ME specifically because they separate ME patients from patients with chronic fatigue or general fatigue conditions .

The CDC/Fukuda Criteria help to justify a psychiatric or a biomedical fatigue service - inappropriate for ME patients, but possibly beneficial for other less clearly defined patients, who do not have Myalgic Encephalomyelitis.

10.There is no reason whatsoever to use the CDC or Fukuda “CFS” Criteria, to underpin service provision , which are so wide as to be almost useless; the vast majority of those selected under “CFS” criteria do not have ME, resulting in people with ME having their physical health needs neglected or down played and overlooked.

It is not just about refusing to use the term term CFS, it is about the clinical separation and recognition of Myalgic Encephalomyelitis and a better diagnosis of all the wider illnesses and conditions currently lumped together under the CFS or ME/CFS or CFS/ME umbrella, not treated appropriately currently, as a consequence.

We passionately believe that there needs to be a new clinician led, biomedical pathway for people with ME based upon proper criteria, better testing, and the fundamental understanding that anything at all, whether an interaction, a test, a treatment is potentially difficult to dangerous for people with ME.

Above all the greatest understanding is required of how ME, especially in its most severe forms, manifests and how to safely approach people with Severe/Very Severe ME.

People with ME are at such high risk of harm and deterioration, that a home-visiting biomedical service is essential for the most severely affected.

An ME aware environment is essential for the less severe and for those needing hospitalisation.