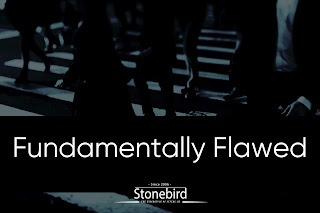 Earlier this year, the 25% Severe ME Group and Stonebird wrote a joint letter to Professor Mark Baker at
NICE, its purpose was:

(1) To express concern that the current Clinical Guideline (CG53) is unsafe and requires a health warning.
(2) To ensure that any replacement guideline facilitates an approach to care delivery, management and treatment of M.E. patients that is relevant and safe.
We also asked for an assurance that the questions for guideline development and the conduct of the guideline development process will ensure that M.E. is not confused with any other disorder.
NICE replied on May 4th :
1. In regard to a “Health Warning” :
They stated that they are aware that the "existing recommendations are a matter of concern to some patients and groups", that over the next 3 months they will be recruiting the Guideline Development Committee (GDC) who will be asked to "advise on the representations we have received about the existing guidance on treatments."
2. In regard to membership of the GDC :
They stated that the GDC "should, as far as practically
possible, reflect the range of stakeholders and groups whose activities, services or care will be covered by the guideline....."
NICE's reply raises two issues:
1. Given all the evidence, it is unfathomable that NICE has not issued a health warning!
Why, as Sally Burch pointed out in a speech, "when patients, patient organisations and researchers all say Graded Exercise Therapy is harmful and when this is backed up by patient surveys and charity petitions (with thousands of signatures)" (Sally Burch 2018), is NICE not acting NOW, to prevent patients from ineffective and almost certainly harmful treatment ?
2. NICE’s comment that the new Guideline reflects: “ the range of stakeholders and groups whose activities, services or care will be covered by the guideline.” is of huge concern.
The issue is this : ranging from fringe therapy groups, to the MOD, to Big Pharma, to the MOD, to the very Royal Colleges who have declared that ME is MUS, to those who have spent decades promoting , as Professor Malcolm Hooper once put it, ”the gross and barbaric abuse of people with ME” , NICE has employed an inappropriate and far too wide selection of Stake holders.
It says a lot about NICE's own preconceptions: because “CFS/ME” is such a wide definition the list of Stake holders, that NICE has published is also impossibly wide
ME is NOT Oxford Criteria defined "CFS/ME". A much tighter, much more appropriate list of Stake holders, one that accurately reflects the disease Myalgic Encephalomyelitis should have been produced.
As it is, the process of drawing up a new Guideline seems fundamentally flawed, right from the beginning, because of poor criteria.
References :
Sally K Burch (A speech given after the Belfast screening of “Unrest”)
https://www.youtube.com/watch?time_continue=73&v=Sso
0TxhO9fI
NICE Stakeholder list https://www.nice.org.uk/…/gid-ng…/documents/stakeholder-list
Professor Malcolm Hooper http://www.hfme.org/meandmistreatment.htm