Christine's Story : a journey with ME and Ireland's Health Service. 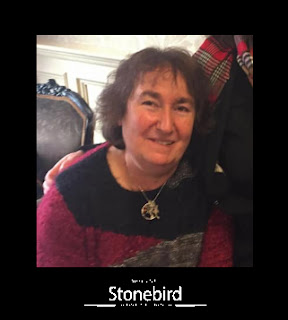 Myalgic Encephalomyleitis (ME) is a complex multisystemic metabolic-inflammatory disorder, involving profound dysregulation of the central nervous system (CNS), immune system dysfunction, cardiovascular abnormalities, autonomic nervous system dysfunction; yet patients around the world are being left alone, abandoned, isolated, to rot, to just get on with it, to scrape by without hope of treatment, cure or even basic respect.

Christine Fenton’s extraordinarily moving story, set in Ireland is one of the most powerful accounts I have read of the near universal neglect and treatment of people with ME, especially the most severely affected. Her story, ultimately one of triumph, is an incredible testament to the strength of the human spirit. It is an inspiration to people with ME everywhere.

As Christine says “ME in Ireland is largely dismissed. Those living with it meet denigration, denial & dismissal”. Her experience is an awful description of that. Diagnosed with Myalgic Encephalomyelitis (ME) in 1990, she retired from her career as Deputy Head of a High School in the UK in 2000 and two years later moved to Ireland “to renovate a derelict house & enjoy my passion for dogs & horses.”

In 2003 her GP dismissed her ME as a mental health issue. Meantime her physical health, her ability to use her arms and legs, was deteriorating rapidly. From 2011-2016 Christine spent approximately three months annually in acute care. She desperately needed a home care package, but incredibly that was refused: “My request for support at home had been refused without a visit or an assessment being undertaken, no reason was given to explain why I was not worthy of an assessment. Just a refusal letter from an HSE (Irish Health Service) disability manager who made a judgement without any evidence of my needs on which to base it.”

Affecting more people than AIDS, lung cancer and breast cancer combined, more people than have multiple sclerosis or cystic fibrosis, ME can leave a person as functionally impaired as someone suffering from diabetes, heart failure and kidney disease and as severely disabled as someone with late-stage AIDS, Multiple Sclerosis, or a person undergoing chemotherapy, yet Christine was left on her own to cope, in particularly dire circumstances.

On her own, Christine said she “had no choice but to create a system which allowed my needs to be met, within the resources available to me”. Her account of how, with assistance from a friend, she created her life-sustaining “one room” and managed to live there, profoundly ill yet utterly alone, with no help, is incomprehensible in modern day Ireland.

As she describes,“I received one call from my friend three times a week. The rest of the time I spent alone with my reclining chair/bed, my buckets, my pantry four feet away, electric radiators for heat within arms-reach of the bed, intermittent slow internet & poor mobile signal & no one from the HSE came near me to witness my plight. I was so utterly ill & there was no help, nor any will to help me.”
Christine’s story is typical of many, including my wife. Dismissed, treated with crassness and contempt by the medical establishment, patients are subjected to a psychiatric “think yourself well” regime that has zero comprehension of the physical reality of ME . I have outlined the long history of psychiatry's shameful involvement in Myalgic Encephalomyelitis here, in a free eBook :

One Registrar actually wrote in Christine’s notes that she “had suggest… had ‘abnormal etc ‘abnormal beliefs & ideas’ and that ‘she refuses psychiatric consultation frequently & got cross with any physician who suggested this’.

Psychiatry’s premise that ME is due to maladaptive thinking and is “cured” through psychiatric therapy has been thoroughly discredited by the American Medical establishment who accept that ME is a serious physical disease. The rest of the world is unfortunately slow to follow.

In 2017 Christine managed to submit suggest a complaint which was independently investigated and have her complaint independently investigated. Thirty- three recommendations have been made, the most significant being that a national guidance document for ME should be developed by the HSE and that there should be a standardisation of assessment tools and methodology for ME sufferers.

This is an incredible result.

It is deeply moving and truly inspirational how, under the most appalling circumstances, Christine has managed to make a real difference and orchestrate change. Her story is a vivid description of someone with Severe ME struggling with no service, no understanding and no willingness to help. It is a damning indictment of psychiatry and the HSE.

( For more information on Severe/Very Severe ME and how to care, please see my website, Stonebird : http://stonebird.co.uk/)