PROFOUND IMPLICATIONS FOR PEOPLE WITH A DISABILITY; THE UK CORONAVIRUS ACT. 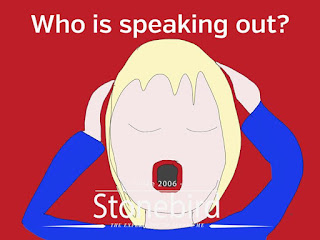 The UK Emergency Coronavirus Act, which came into law on March 25th temporarily suspends local authorities’ legal duty to meet the care needs of all people who are eligible under the Care Act 2014; that could have profound implications.
People who are elderly, chronically ill and/or disabled, in other words, the most vulnerable, no longer have any right to in-home, residential and other community support services. They only have a right, under European Legislation, to social care to keep them alive and uphold their right to privacy and family life.
What are the possible outcomes of this draconian law?
It could mean that people, who desperately need physical care, may have to rely upon friends and family for care. But what if sole carers, with no wider support network, fall ill? What then? This scenario does not bear thinking about.
The legislation allows councils to prioritise who and what type of needs it will meet, rather than being required to meet all eligible assessed needs, as is currently the case, but there are concerns that this could mean disabled people being seen as “expendable" . https://www.bbc.co.uk/news/uk-politics-52036355
In addition, Councils will not have to provide adult care when children receiving social care turn 18, so what is going to happen to young people entering adult care? https://www.politics.co.uk/comment-analysis/2020/03/23/warning-raised-over-coronavirus-bill-impact-on-elderly-and-d
This is completely unacceptable, short-sighted quickly passed law makes certain people unequal in value; that is an extremely dangerous paradigm to adopt and legally enshrine. Although some of it may be practicable and necessary the two year framework and the potential for harm enshrined within, makes it a scary prospect for anyone with a serious health condition or disability.
It is especially concerning for everyone, but especially for those whose health or need is open to misinterpretation or expediency, that the Act weakens safeguards for detaining people under the Mental Health Act 1983.
Now, only one single medical professional has to sign off on sectioning someone as mentally ill. Where is the safeguard of second opinion?
Given the broken, dire situation that social care was already in, due to years of punishing unnecessary austerity, even before the virus, with disabled and poor people having already borne the brunt of punitive measures, this is extremely concerning.
As pressure grows on an already breaking system, if provision of physical care is under increased threat, due to the impact of the Covid virus, this law could, imaginably, be used to detain the most vulnerable people, presumably for the long-term, under the Mental Health Act, quite inappropriately, to bolster care provision.
Some newspapers report that we could be witnessing the “genocide of disabled people.” Actually that genocide, in one form or another, has been going on for thousands of years. It is called “deathmaking.”
Death-making is concerned with society's propensity throughout history, to bring death, not life to those it does not value.
This includes the unwanted, the unborn, unwanted children, people with a disability, the poor, prisoners, street people, native populations, elderly people, the contagious, the chronically ill, the terminally ill; any group of people that is perceived as a threat or that has been demonized or not deemed of value.
Any practice, action or thought that considers a person to be less than human, less than valid, less than equal, like the new Corona Virus Act, is potentially a death-making one. The only position to counteract death making is to hold an overarching principle that values equality of personhood and life.
People or groups that society does not value often suffer the "wounds" of being regarded as:
Non human
A menace / object of dread
A threat to the norm
Waste material, garbage, discard,
excrement
Not be taken seriously
Invalid
An object of ridicule
An object of pity
A scrounger, malingerer hypochondriac, manipulator, user.
Childish, immature, irresponsible, unreasonable, demanding
Better-off dead
An economic / emotional burden
A waste of space.
cf. Wolf Wolfensberger (1994). The Growing Threat to the Lives of Handicapped People in the Context of Modernistic Values, Disability ; Society, 9(3), 395-413.
A notorious example of death-making was the Nazi's putting to death, of sick and disabled people, in German killing centres, as an "act of mercy", the lebensunwerten Leben; the "life unworthy of life".
The Corona Virus Bill was passed in three days, with no opposition. That is a huge worry, especially on top of NICE’s recent Corona Virus, guidance, which has left disabled people feeling less than human.
The most frightening consequence of this Act is that people’s lives are no longer considered equally valuable, with equal rights to care and provision. Once society goes down that route, history teaches us how no one can afford to stand by silently.
We must all do what we can to protest this direct assault on our rights, our fundamental values and ouridentity.
We have to ask, where are the voices of the ME charities, challenging, raiding awareness of the dangers of this law?
Who is speaking out?
Who is even seeing the danger and most importantly, who really cares?
Greg and Linda Crowhurst
March 2020