Showing posts from March, 2010
Show all

Ten things you should know about Webstart , the Website Designer Course

March 30, 2010
Ten things you should know about Webstart , the Website Designer Course : Greg Crowhurst 1. Check it out :   What makes a good web design course ? How do you judge ? Check out the accreditation . is there a money back approval ? Is there a personal tutor service ? Does the course offer a thorough grounding in HTML and CSS ? I have just finished and passed my final assignment , Assignment 10 , see- "www.stonebird.co.uk".  Webstart has given me the tools I need to bring together so  many aspects of caring full-time for my wife who has very severe ME and use them as a powerful campaigning tool.  Not only am I intensely proud of my new skills,   I now qualify for a NCFE Level 3 award in Web Design  from UK Open Learning : a Diploma  in Web Design. As someone who has an MA, a Nursing qualification and Post graduate qualifications in Education and Training and Development, I had no idea of how rigorous this course would be. Perhaps I even thought it a bit below me, an
2 comments
Read more 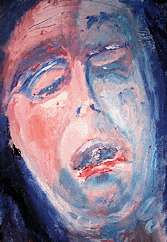 You would think after all those YouTube videos I would have so much to say. Except I don't. Nothing touches the grief, the loss, the pain. Words, I have discovered, do not come easy these days. Emotions, though, are screaming for attention. Comes a time, when words run out.
Post a Comment
Read more

What Malcolm Hooper has said about NICE

March 10, 2010
What Malcolm Hooper has said about NICE On a cold, bleak day, bleak with pain, with tedium - see Linda's poem yeterday, I came across Sir Michael Rawling's reply to Malcolm Hooper on CoCure. In this post I have tried to put what Rawling's said in context of the upcoming Guideline Review as well as NICE's intimidatory tactics, as demonstrated at the Judicial Review. Letter to Sir Michael Rawlings (Chairman of NICE) 19 Feb 2010 Despite the vast amount of biomedical literature (some 5000 papers) going back to 1934 and the classification of ME as a neurological illness by the WHO (ICD-10 G93.3) since 1969, the official UK attitudes as demonstrated by the MRC, DWP, Department of Health, and to some extent your own organisation NICE: a. ignore all this evidence b. show an ideological commitment to a psychosomatic/behavioural model of the illness which is no longer tenable c. recommend only cognitive restructuring techniques (CBT and GET) that are “not remot
Post a Comment
Read more

March 09, 2010
I can sit in a room with severe ME and even though there are things to do and endless possibilities for the physically well Yet still I cannot access them Even if they are right before me How can I convey the sheer tedium of hours spent sitting constantly in pain body throbbing endlessly each throb marking the seconds as they flow away mindlessly blank physical movement unachievable utterly beyond me mental thought all gone energy dissipated vanished completely along with me and all my creative potential. Linda Crowhurst 9th March 2010
Post a Comment
Read more

16 Good Reasons to be very suspicious of Action for ME.

March 05, 2010
16 Good Reasons to be very suspicious of Action for ME. Greg Crowhurst 5th March 2010 From the literature, here are 16 good reasons to be very suspicious of Action for ME (AfME). 1. The case against the National Institute for Health and Clinical Excellence (NICE) is generating considerable interest among the 250,000 people in the UK who have M.E., as some patients hope the legal proceedings will lead to the withdrawal of the guideline. However, Action for M.E., the country's biggest M.E. charity, supports the guideline. " http://www.medicalnewstoday.com/articles/138099.php National Charity Supports NICE: Judicial Review 11-12/02/09, UK 2. Malcolm Hooper It is noteworthy that Action for ME, a charity that was set up by ME sufferer Sue Findley as a self help group for people with ME, has been so influential in supporting and working on a trial that assumes membership of a self help group to be a predictor of poor outcome of teeatment ( Trial identifier, section
1 comment
Read more

Deathmaking : Check out the Facts

March 03, 2010
Deathmaking : Check out the facts (updated) Greg & Linda Crowhurst 4th March 2010 A UK debate is raging right now that has profound implications for the whole ME Community. To what extent should we accept the psychosocial model , because the biomedical model is not being advocated for, developed or created by mainstream medicine? This issue can only be tackled, we suggest, by taking a step back and looking at the wider picture; the concept of death-making is a particularly useful framework from which to begin. Death-making is concerned with society's potential to bring death not life to those it does not value, This includes the unwanted unborn, unwanted children, people with a disability, the poor, prisoners, street people, native populations, the elderly, the contagious, the chronically ill, the terminally ill; any group of people that is perceived as a threat or that has been demonized. Any practice, action or thought that considers a person to be
Post a Comment
Read more

March 02, 2010
101 Good Reasons : Why it is wrong to provide CBT and GET to ME Patients. Greg Crowhurst 2nd March 2010 (With special thanks to Clara Valverde) Permission to Repost From the literature , here are 101 good reasons why services are wrong to provide Cognitive Behaviour Therapy (CBT) and Graded Exercise Therapy (GET) for ME patients : 1. Malcolm Hooper CBT is based on the idea that somatoform disorders are maintained by abnormal or unhelpful illness beliefs which lead to abnormal or unhelpful behaviour. The first requirement for a somatoform diagnosis is that there be no physical cause for the symptoms. This is not the case in ME/CFS” http://www.investinme.org/ Article-361%20Statements%20of% 20Concern%20-%20CBT-GET%20JR% 20Feb09.htm 2. Dr William Weir “Two forms of treatment…are CBT and GET CBT is a psychological treatment. Its application in what is certainly an organic disorder is basically irrational.... Its application is counter-intuitive, particularly whe
Post a Comment
Read more
More posts